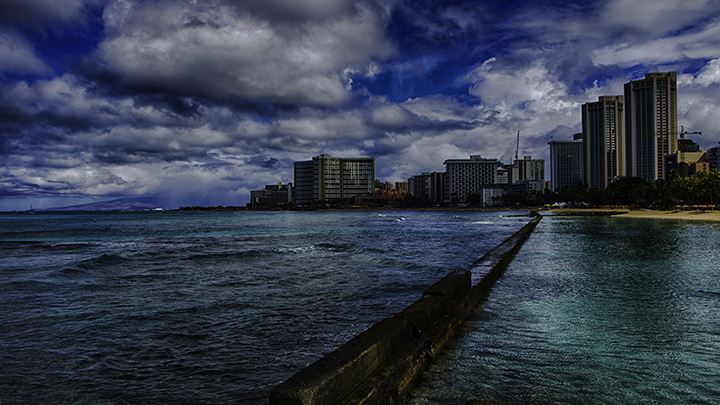 The hurricane season in Hawaii runs from June to November each year.

Traveling During Hurricane Season in Hawaii


Wondering about hurricane season in Hawaii? You may occasionally see network news about a hurricane heading towards the Hawaiian Islands. As a result, you could be wondering if it’s safe to travel to Hawaii during such times.

Obviously, when one sees this on the news, it does put a damper on planning a trip to Hawaii. No one can ever guarantee that a trip to Hawaii, let alone anywhere else in the world, will be free from weather hazards. We recommend you base your decision on visiting Hawaii during the hurricane season on informed choices.

When is Hurricane Season in Hawaii?

The hurricane season in Hawaii generally runs from June through November of each year. A hurricane is a storm with sustained winds over 74 miles per hour. There are five level of hurricanes with the higher levels corresponding to higher sustained wind speed. In recent history, a handful of hurricanes have hit Hawaii. They caused serious damage, most notably on the island of Kauai. However so far, the incidences of hurricanes hitting the Aloha State are relatively rare.

Only four hurricanes have directly hit the main Hawaiian Islands during the last 60 years. “Hitting the island” means that the eye of the storm had made land fall. Around this time, the region has seen 147 tropical cyclones. So, you can, see only a small number of large storms in the area have had serious impact on the Hawaiian Islands.

But this is not to discount the danger of hurricanes in Hawaii. The last time a major hurricane hit Hawaii was Category-4 Hurricane Iniki in 1992. Six people on Kauai died in Hurricane Iniki. Kauai also suffered serious damage from Hurricane Iwa in 1982.

Is Hawaii Mostly Protected from Hurricanes?

Overall, Hawaii seems to be somewhat immune to hurricanes. Some believe that this is because Hawaii’s tall volcanic peaks tend to slow down or divert such storms. Such notable mountains include the 13,678-foot Mauna Loa and the 13,803-foot Mauna Kea on the Big Island of Hawaii. 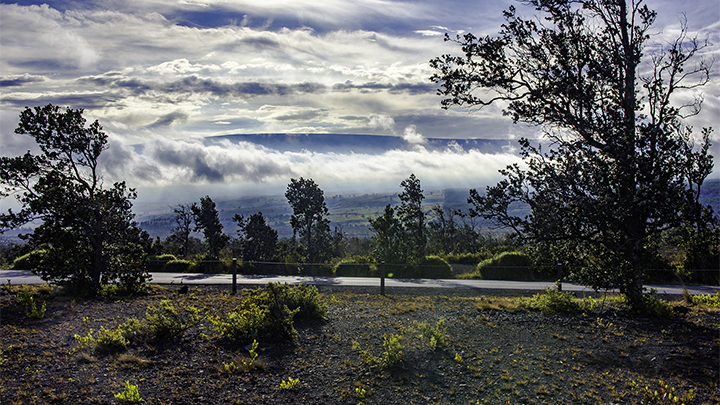 View of Mauna Loa. It’s one of the mountains that some say protects Hawaii from hurricanes.

Moreover, some meteorologists think Hawaii’s relatively low rate of being hit by hurricanes might be due to its location. The Hawaiian Islands might be fortunate to have a high pressure feature parked northeast of them during May through October. This helps to deflect storms and could play a factor in protecting Hawaii from most hurricanes.

Another factor that could be shielding Hawaii is the relatively cool water temperature around the islands. Hurricanes needs ocean water temperatures of at least 80 degrees Fahrenheit to sustain themselves. Cooler water temperatures tend to shut them down. So, you can see, nature has been kind to Hawaii by offering it several means to protect itself from hurricanes.

But if you’re ever in Hawaii during an actual hurricane, it’s important that you follow the advice of local civil defense authorities. Many hotels have hurricane procedures in place. So, for your safety, it’s important that you follow them. If you’re outside and can’t find shelter, seek higher ground. If you’re indoors, stay in the most centrally located room and away from windows. Don’t be foolish and try to experience the big surf or try to take pictures of the storm.

If you’re concerned about hurricanes during the process of planning your Hawaii vacation, as additional measure, consider buying travel insurance. This can insure you (with some limitations and conditions) if your Hawaii travel reservations are cancelled by a named hurricane.