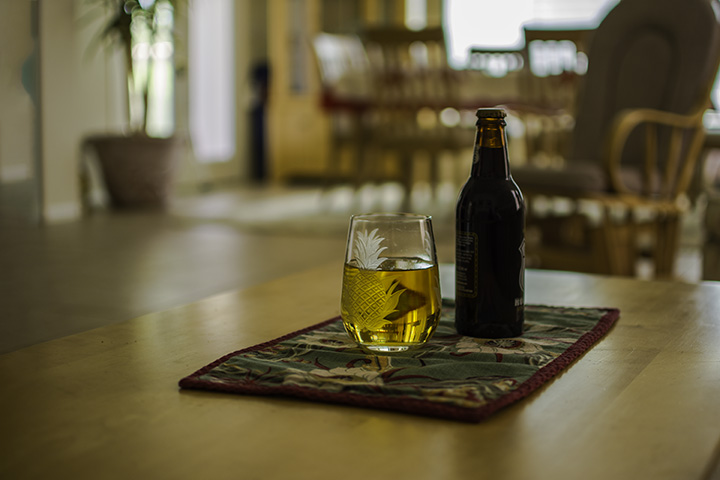 A brew from Hawaiian breweries.

The words Hawaiian vacation might stir up images of beaches and an icy cold one in your hand. Although Hawaii is famous for pineapple, Kona coffee and exotic fruits, the Aloha State also boasts of numerous Hawaiian breweries. The following is a description of them.

A more recent addition, the Aloha Beer Company came to Honolulu in 1997. The brand aims to bring Hawaiian hospitality and the aloha spirit to their brews. They make fresh batches of draft beer every day, mixing Hawaiian water, malted barley and hops. Their factory outlet in Honolulu sells everything from beer paraphernalia to bottles of their draft beer. For a delicious treat, sample the Kiawe Honey Porter mix. It has sweet honey, smoky tobacco flavors with a hint of chocolate. This is a great local brewery where groups can try a Hawaiian beer on their vacation on Oahu.

If you are looking for an exciting evening out, then you should experience the Big Island Brewhaus. Here, tourists can gather for live music and craft cuisine. Then, you can sip beer at “Hawaii’s Highest Brewpub,” 3,000 feet above sea level accompanied by live music on Fridays. This establishment offers a variety of lagers, stouts, porters, crème ales, pale ales and more. Their White Mountain Porter has a distinct tropical flavor, mixed with toasted coconut and rich Hawaiian coffee. This beer also comes in sizeable 22 ounce bottles, perfect for sharing with friends.

Although this new company come to Hilo in 2007, they are not newcomers to the art of brewing. The Hawaii Nui Brewing Company focuses on craft beer. They produce small batches of lagers and ales from high quality wheat, barley malt, hopes and yeast. They have an assortment of beers for any preference. Examples include their Kauai Golden Ale, Sunset Amber Ale, Hapa Brown Ale, and a Belgian Red Ale. The Hapa Brown Ale is a popular choice. It comes with a distinct flavor of toffee and caramel savor with strong hops. They hold tasting hours where visitors can sample the delicious beers and get advice on beer and food pairings.

This company also produces the iconic Primo Beer on Kauai for its partner, Pabst, which now owns this historic brand. Primo beer was Hawaii’s first locally produced beer dating back to 1898.

Originally a father and son team, this company is environmentally conscious, wasting no ingredient and recycling wherever possible. They widely distribute several of their brews across Hawaii as well as in 36 states and 9 countries. The make heavy dark beers to the palest of blonde ales and serve them at their pubs throughout Hawaii. They recently served their 3 millionth pint at their Kailua-Kona headquarters. The Kona Brewing Company is famous for their Big Wave Ale, Castaway IPA, Fire Rock Pale Ale and Wailua Wheat golden ale. The Hula Hefeweizen, a light beer with banana and clove flavors, is perfect during a humid afternoon.

Maui Brewing Company uses the most natural ingredients in their beers. The chefs also use their beer in many of the food recipes. The Maui Brewing Company is famous for the Bikini Blonde Lager, Coconut Porter and malty Big Swell IPA. Environmentally aware, the company also donates used grains for use as compost and packages their beers in eco-friendly materials. They also offer a daily happy hour, tasting rooms and brewery tours.